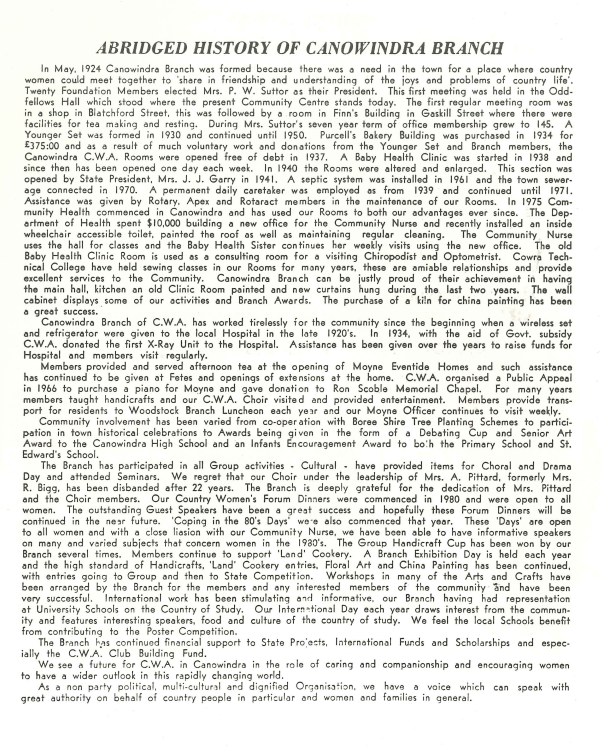 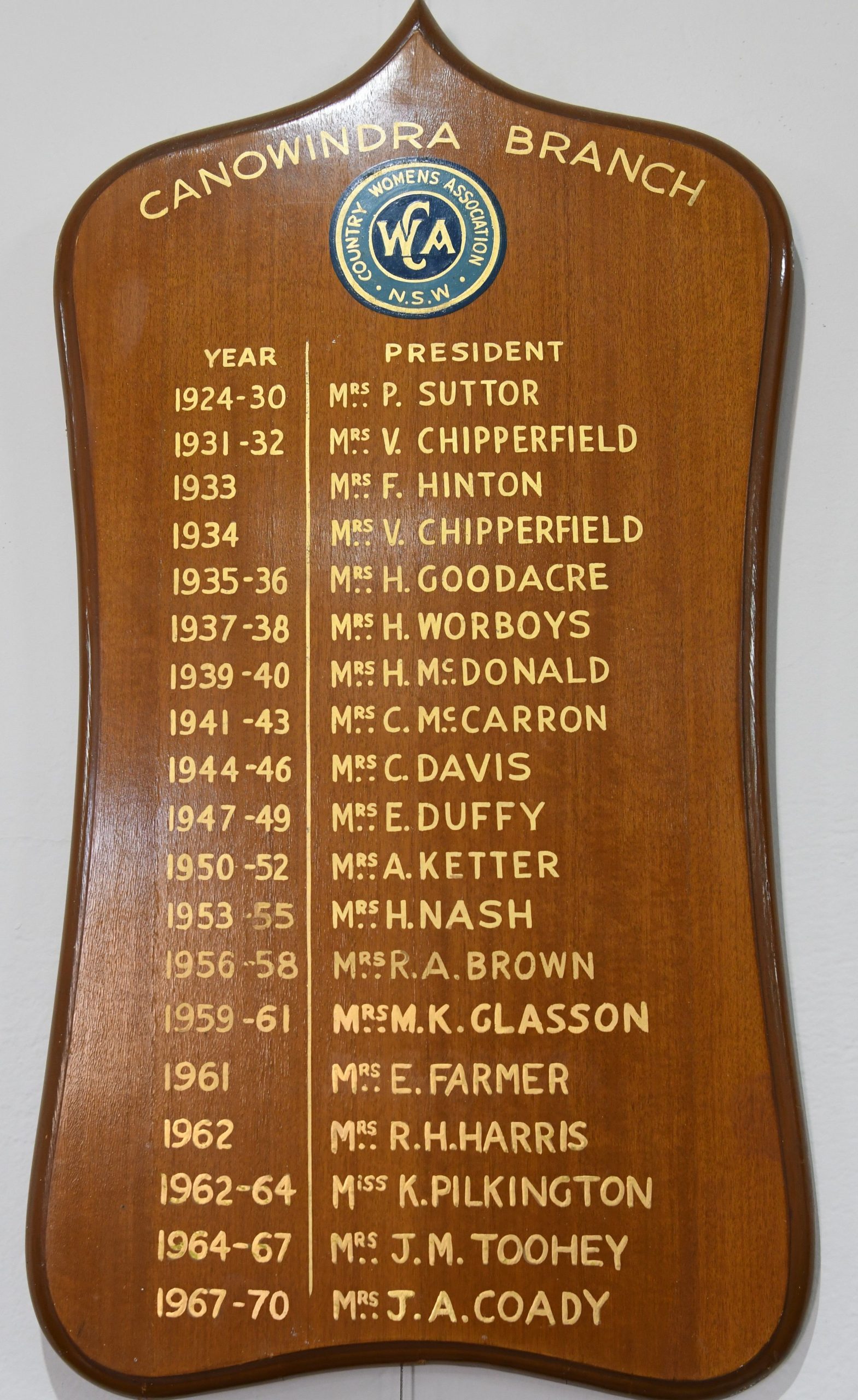 How We Got Started

Text from image to left

In May, 1924 Canowindra Branch was formed because there was a need in the town for a place where country women could meet together to ‘share in friendship and understanding of the joys and problems of country life’. Twenty Foundation Members elected Mrs. P. W. Suttor as their President. This first meeting was held in the Odd. fellows Hall which stood where the present Community Centre stands today. The first regular meeting room was in a shop in Blatchford Street, this was followed by a room in Finn’s Building in Gaskill Street where there were facilities for tea making and resting. During Mrs. Suttor’s seven year term of office membership grew to 145. A Younger Set was formed in 1930 and continued until 1950. Purcell’s Bakery Building was purchased in 1934 for £375:00 and as a result of much voluntary work and donations from the Younger Set and Branch members, the Canowindra C.W.A.

Rooms were opened free of debt in 1937. A Baby Health Clinic was started in 1938 and since then has been opened one day each week. In 1940 the Rooms were altered and enlarged. This section was opened by State President, Mrs. J. J. Garry in 1941. A septic system was installed in 1961 and the town sewerage connected in 1970. A permanent daily caretaker was employed as from 1939 and continued until 1971. Assistance was given by Rotary, Apex and Rotaract members in the maintenance of our Rooms. In 1975 Community Health commenced in Canowindra and has used our Rooms to both our advantages ever since.

The Department of Health spent $10,000 building a new office for the Community Nurse and recently installed an inside wheelchair accessible toilet, painted the roof as well as maintaining regular cleaning. The Community Nurse uses the hall for classes and the Baby Health Sister continues her weekly visits using the new office. The old Baby Health Clinic Room is used as a consulting room for a visiting Chiropodist and Optometrist. Cowra Technical College have held sewing classes in our Rooms for many years, these are amiable relationships and provide excellent services to the Community. CanowindraBranch can be justly proud of their achievement in having the main hall, kitchen an old Clinic Room painted and new curtains hung during the last two years. The wall cabinet displays some of our activities and Branch Awards. The purchase of a kiln for china painting has been a great success.

Canowindra Branch of C.W.A. has worked tirelessly for the community since the beginning when a wireless set and refrigerator were given to the local Hospital in the late 1920’s. In 1934, with the aid of Govt. subsidy C.W.A. donated the first X-Ray Unit to the Hospital. Assistance has been given over the years to raise funds for Hospital and members visit regularly.

Members provided and served afternoon tea at the opening of Moyne Eventide Homes and such assistance has continued to be given at Fetes and openings of extensions at the home. C.W.A. organised a Public Appeal in 1966 to purchase a piano for Moyne and gave donation to Ron Scoble Memorial Chapel.

For many years members taught handicrafts and our C.W.A. Choir visited and provided entertainment. Members provide trans port for residents to Woodstock Branch Luncheon each year and our Moyne Officer continues to visit weekly.

Community involvement has been varied from co-operation with Boree Shire Tree Planting Schemes to participation in town historical celebrations to Awards being given in the form of a Debating Cup and Senior Art Award to the Canowindra High School and an Infants Encouragement Award to both the Primary School and St. Edward’s School, The Branch has participated in all Group activities – Cultural . have provided items for Choral and Drama Day and attended Seminars. We regret that our Choir under the leadership of Mrs. A. Pittard, formerly Mrs. R. Bigg, has been disbanded after 22 years. The Branch is deeply grateful for the dedication of Mrs. Pittard and the Choir members.

Our Country Women’s Forum Dinners were commenced in 1980 and were open to all women. The outstanding Guest Speakers have been a great success and hopefully these Forum Dinners will be continued in the near future.

‘Coping in the 80’s Days’ were also commenced that year. These Days’ are open to all women and with a close liaison with our Community Nurse, we have been able to have informative speakers on many and varied subjects that concern women in the 1930’s. The Group Handicraft Cup has been won by our Branch several times. Members continue to support ‘Land’ Cookery.

A Branch Exhibition Day is held each year and the high standard of Handicrafts, ‘Land’ Cookery entries, Floral Art and China Painting has been continued, with entries going to Group and then to State Competition. Workshops in many of the Arts and Crafts have been arranged by the Branch for the members and any interested members of the community and have been very successful.

International work has been stimulating and informative, our Branch having had representation at University Schools on the Country of Study. Our International Day each year draws interest from the community and features interesting speakers, food and culture of the country of study. We feel the local Schools benefit from contributing to the Poster Competition.

The Branch has continued financial support to State Proiects, International Funds and Scholarships and especially the C.W.A. Club Building Fund.

We see a future for C.W.A. in Canowindra in the role of caring and companionship and encouraging women to have a wider outlook in this rapidly changing world.

As a non party political, multi-cultural and dignified Organisation, we have a voice which can speak with great authority on behalf of country people in particular and women and families in general.

A second acount of our History

Text from image on right

A room in a building of Firn’s store was the first meeting place, where women coming from the country farms were able to rest and make a welcomed cup of tea.

Later the R.S.L made their rooms available, during these first seven years provided a meeting place where country women could engender friendships and bring help and understandings to the problems of the community. Enough funds, (by cakes, waffles, socials,dances, stalls) were raised so that the first wireless was donated to S.M.Hospital and assistance was given to wards purchasing a refrigerator for
the hospital. In 1934 an X Ray plant was installed at the local hospital at the cost of £217 15s 3d (217 pounds, 15 shillings and threepence). CW raised half the cost.

In November 1934 C.W.A obtained their own Rest Rooms knows as Purcells Bakery. The cost was £375. the branch only had £147, so Miss Cobley loaned money free of interest, for three years.

Some men and some women were anti C.W.A. stating women’s place was in the home sewing on buttons not socialising and running meetings . This fact made it difficult for some women to participate in C.W.A. activities even though they were very lonely and didn’t have any company of another women for months at a time. Such ‘were the trials of many country women. During the 1939 war years C.W.A. members were engaged in various ways with service men.
When local lads were leaving farewell evenings were organised by local women who showed special concern for the boys. Many English Sailors were met at the train, given breakfast, accommodation arranged with country people, entertained when many friendships were fostered.

Many women during the war years were engaged in helping their husbands on farms and small businesses, as most of the young men had answered the call. During these times petrol was rationed which made travelling difficult much heart ache was born by country women and mothers when their sons had to depart for war.

Many letters were written to the lonely soldiers especially those who we knew had no family. Fruit cakes, were made and sent overseas, knitting of warm clothes was undertaken by the women as was camouflage net making, most kitchens you would find a net in making , hanging
on the wall. Some men and women (were in what) were called reserved occupations, their jobs made much harder by the shortage of labour, where the hours were long and tiring.

Canowindra C.W.A. were involved in Lyndon House then a home for homeless girls evacuated from the Sydney area.

With the changing times C.W.A. is finding problems in getting the younger folk involved. Younger women are busily engaged with school tuck shops etc The young have to leave the smaller towns for schooling and vocations. So 2″ heavy responsibility falls to the older women to
keep C.W.A going.

Canowindra branch of C.W.A. have good associations with the Health commission, by joint use of our rooms. The responsibility of the baby health has been taken over by the health commission relieving the local C.W.A. branch of the finance, and worry of this great service, some rooms are used for Doctors visiting the area.

Unfortunately many of the older members who were involved with in the early years are not with us to tell their stories. The local branch is active in many ways with hospital visiting, meal on wheels, visiting the lonely and’ aged, rally around in bush fires and provide food for the fire fighters and shelter when needed. The women can be seen during the droughts, helping the needy,
giving assistance where they can. The branch has all the country people at heart.

“Proudly, we stand in love to serve”, so goes the first line of the C.W A. Anthem that magnificent band of women who have made such a permanent indentation into the well being of the Canowindra district. 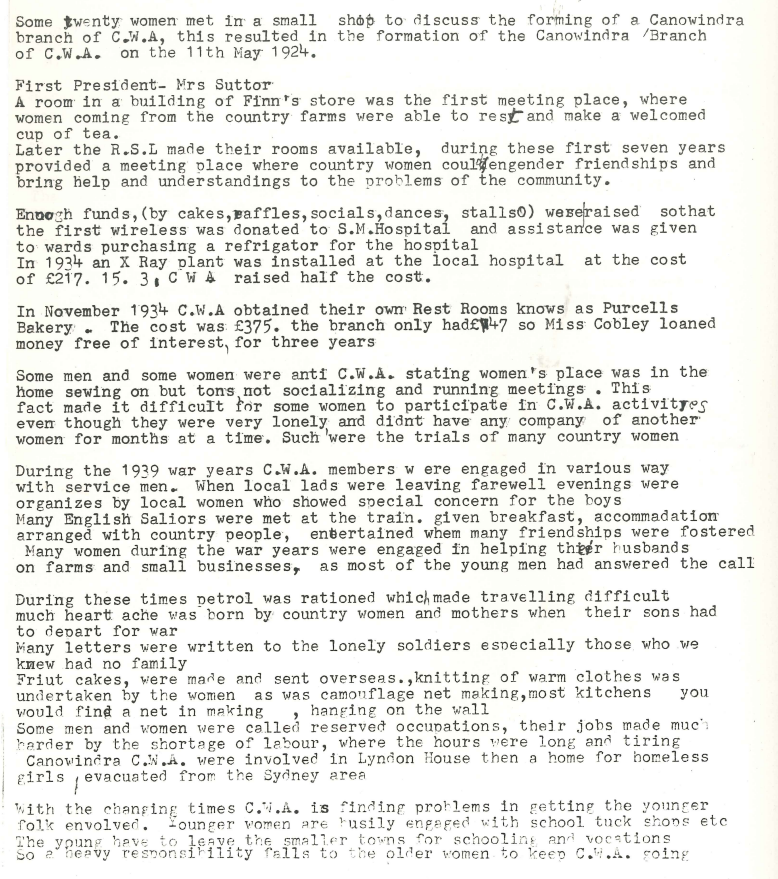 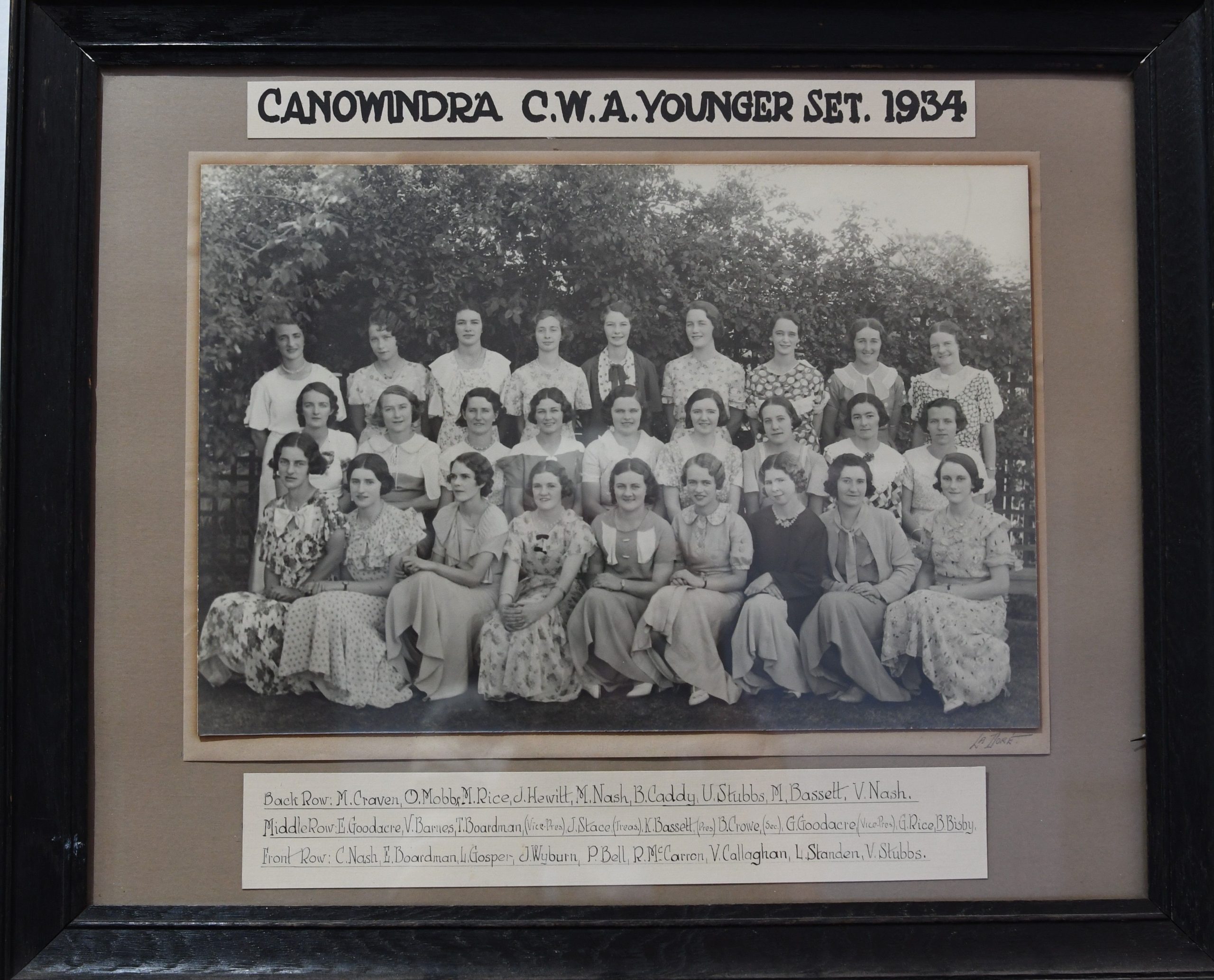 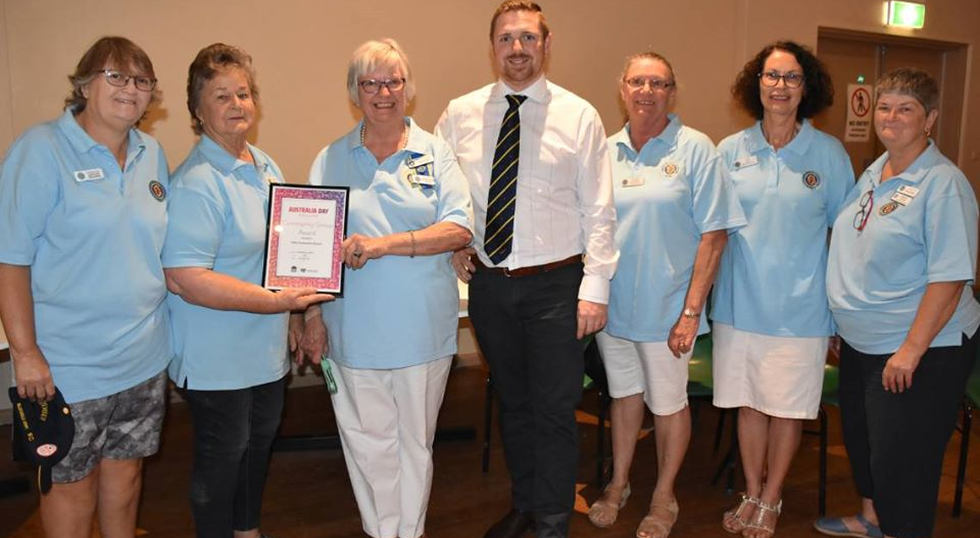 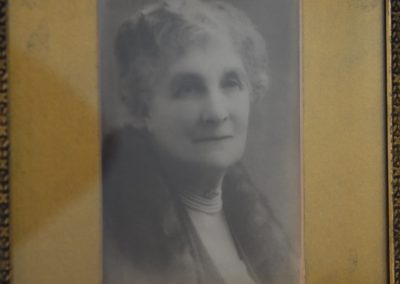 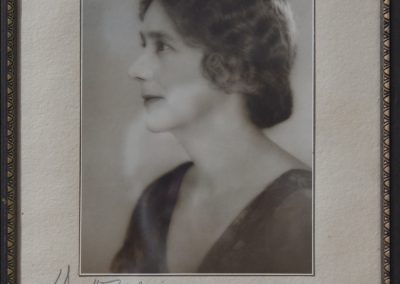 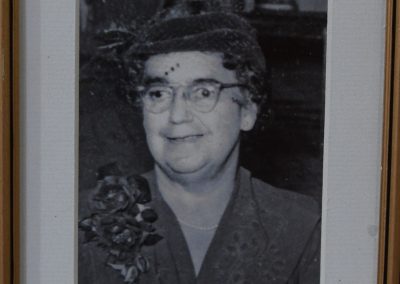 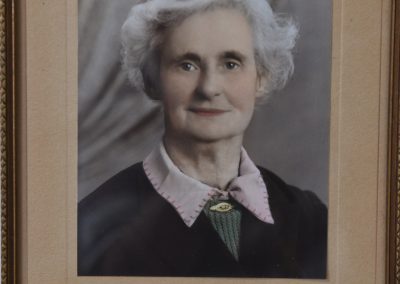 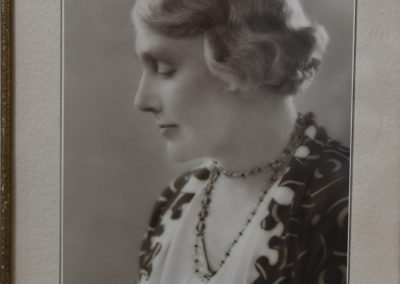 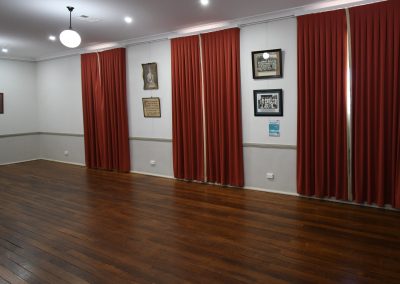